Posted at 11:54h in General, Landlord & Tenant by admin

Over the recent past, the industrial sector has seen very strong rental growth. A combination of increased demand (fuelled in part by a booming logistics sector, relying on the increase in e-commerce), and reduced supply (exacerbated by industrial land being repurposed for alternative use, especially in London) has meant that rents have risen in all corners of England. Despite the pandemic, 2020 has been no exception, although growth rates are down on the immediately proceeding years.

Past vs Future Trends

ProMission was asked by one of our key Clients to provide some advice to help them benchmark past rental growth and forecast future trends. Using data from CoStar, we we able to plot past rental growth across southern, eastern and western England from 2013, and projecting forward to 2025.

The chart below broadly summarises our findings, taking the CoStar data and grouping it into regions as per our Client’s requirement. 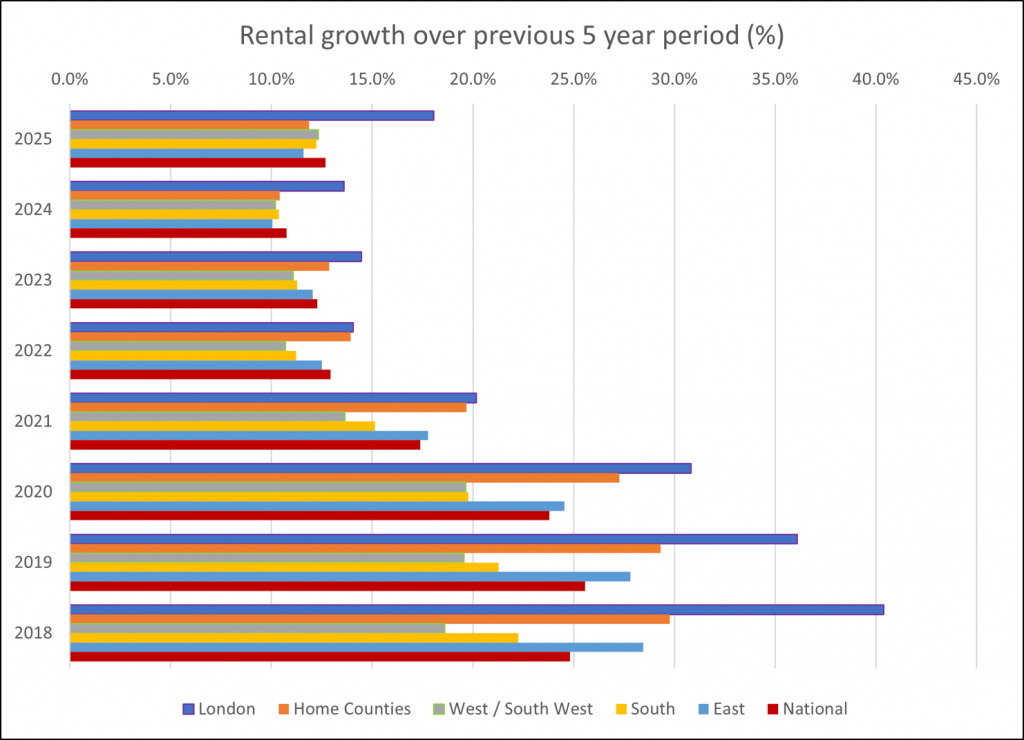 Rental growth in London has outpaced the rest of the country in every year and is predicted to continue to do so, but the gap is likely to narrow in the next two or three years. That said, from 2024 onwards, predicted national rental growth is weighted in favour of London, with only the capital exceeding the national average, as growth rates in the Home Counties and the East tail off.

We undertook a benchmarking exercise against ProMission’s own negotiated rental settlements on rent reviews and lease renewals from 2018 onwards, comparing our average actual settlements with the CoStar predictions:

For a range of reasons surrounding the specific nature of each property, rental growth on individual settlements varies widely, as would be expected.

However, overall negotiated average increases are broadly in line with or below the level predicted.

This is especially encouraging given that the ProMission sample is heavily weighted towards smaller modern warehouses on trade parks in London; a sector which has seen the very highest levels of demand and rental growth.

It remains to be seen whether future rental growth tracks as predicted but ProMission, with thorough research and skilful negotiation, aim to beat the trend.